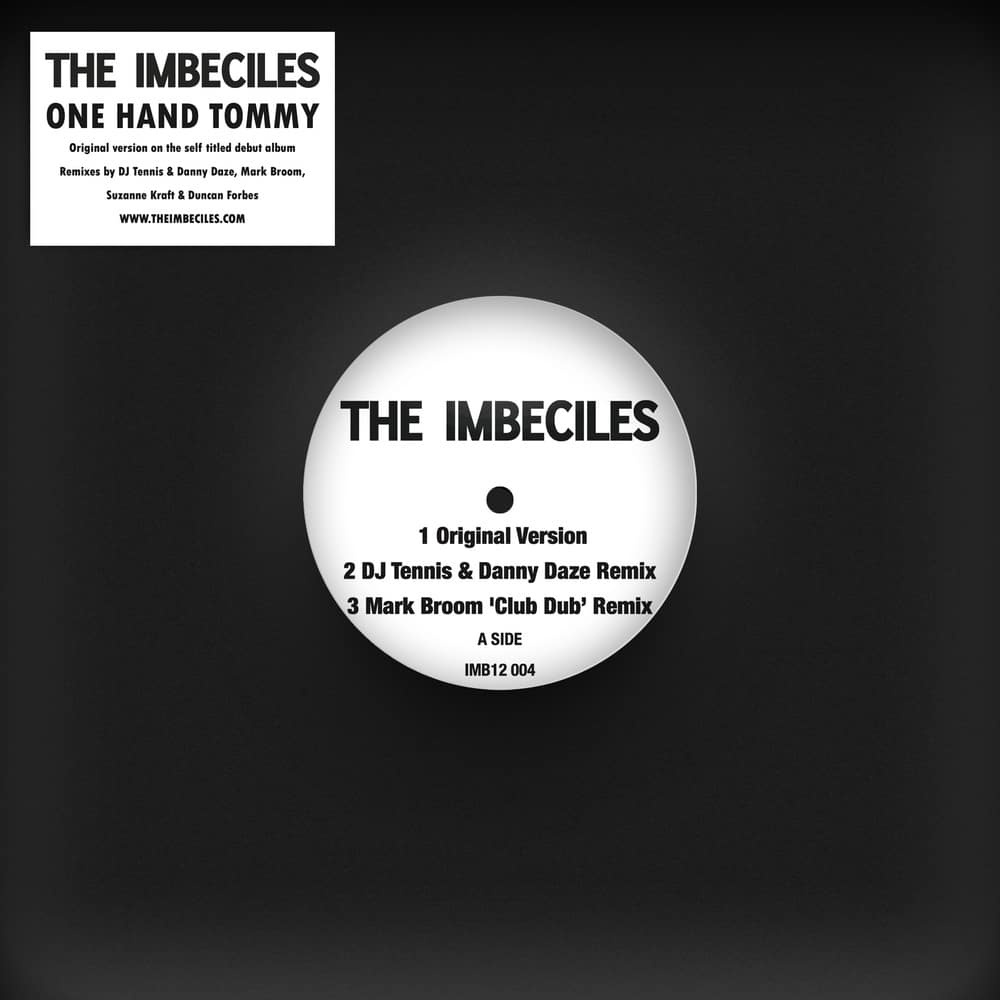 Taken from their acclaimed self-titled debut album, ‘One Hand Tommy’ is its latest single and proves
no matter how strange our world seems right now, it could always be stranger…
In a blitz session of blood curdling vocals, disarticulated fretwork and wickelly deranged lyricism, ‘One
Hand Tommy’ sees The Imbeciles tell us the tale of: Tommy; a child trapped in a dystopian
landscape of nuclear annihilation with only a giant killer snake for company.
‘One Hand Tommy’ is the latest exhilarating track to be released from The Imbeciles self-titled debut
album - out now. Comprising 13 imploded songs which rarely last more than two minutes, the album
was recorded on tape in eight deranged days on the Texan-Mexican border. Packed with stripped-
down musical information and resonant with atmosphere, the album was hailed by CLASSIC ROCK as
“Some kind of Apocalypse Now” (✭✭✭✭). The band also gained masses of support at radio from BBC
6 Music, Radio X, BBC Radio 1, amongst others. The delirious fun of ‘One Hand Tommy’ is just
another reason to believe the hype...
And now it’s been remixed by DJ Tennis & Danny Daze, Mark Broom, Suzanne Kraft and Duncan
Forbes.
The remixes have picked up a fantastic amount of support from a long list of names, including this lot –
Radio 1’s Pete Tong, Red Axes, Jackie House, Len Faki, Gerd Janson, Laurent Garnier, Ben Sims
and more!